Bob was my first real love…

Bob was my first real love. 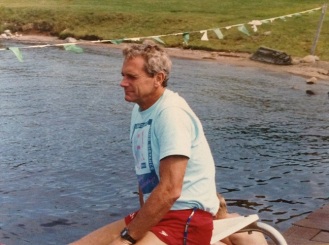 I was a late comer to love and loving, having grown up in an emotionally abusive family, as well as having been victim to both incest and rape at a young age. I escaped out into the world on my own at age 13 and was fortunate enough to make it through those early rough years. One of my saving graces was an all summer girl’s camp in Ontario.

I met Bob when I was about 9 years old, my second or third summer at camp, I think. He was staff across the lake at our brother camp. Over the next 15+ summers, I came to know Bob as the most kind, gentle, patient, humble, and generous soul I’d ever met.

And then I remember the day when RoseMary pulled me aside and said, “Don’t think I don’t know what’s going on with you two. I see how you look at each other.” I think she knew before we did!

Though married for only a very brief moment in time, we had a lot of memorable adventures together over our years of connection. Bob couldn’t drive past a garage sale without stopping to find something worthy for his beloved camp. And you know that one day a year when you can put anything (anything at all!) out on the curb for the garbage truck to pick up? Picture the two of us (wearing baseball caps and sunglasses and hoping not to be recognized) going through everyone’s garbage to see what could be salvaged. I was sometimes an unwilling accomplice on these missions, stashing urinal pieces into the back of the suburban! Then there was the time we innocently brought hundreds of pairs of neon green shorts across the border to camp. And the quiet times… the morning paddles together through the mist on Ahmic Lake, with Charlie straddling the bow of the canoe.

Part of our wedding ceremony involved lighting a joint candle with our two individual ones, and all the candles remaining lit. Lovely symbolism, and unfortunately not what happened. I allowed my candle to be extinguished almost immediately as we moved into his life – his friends became my friends, his work became my work. We were one, so to speak, and I quickly lost a sense of myself. And I think that’s where it all fell apart. I then went off to do my PhD where I remembered I had a self, I just wasn’t really sure who she was anymore. And I knew I’d never find her if I was in a relationship. Bob offered me a sense of security that I’d never ever felt before in my life. He showed me that a family could be kind, loving, and sane. Walking away from all of that was tremendously difficult, and yet I didn’t feel like I had a choice.

I broke Bob’s heart when I asked for a divorce. I’m saddened by this to this day. Sometimes I think, if only I’d been able to talk to someone… But, truthfully, I’m not sure the end result would have been any different. Maybe doing so would have at least helped me to be a bit more graceful with our ending. As it was, I had no idea how to be in a loving relationship. And, at the time, I had no understanding of that truth. What I knew to do when things got tough was to walk away. That had worked for me when I was 13, and remained my default for years to come.

Of course, Bob’s heart recovered. He remarried. He had a daughter. And I was so, so incredibly happy for him!! I remember almost bursting with joy when he became a father, as I knew it was something he really wanted and that, because of my own childhood experience, I never would have been able to offer.

The one thing he asked of me when we separated, was that I keep his last name. I had no sense of identification with my maiden name, and it felt like a privilege to be able to continue to carry something of this man with me even though our marriage wasn’t meant to be. I’m pretty sure I was judged for this choice by a few (or at least it felt that way to me), yet I can still remember the ear to ear smile on his face, and twinkle in his eyes, when I did so. I don’t know why it made him so happy, but it did.

Years later, while walking around camp one day, Bob told me that I had been right – we should have moved to a third place and started anew together. It was sweet for him to say, though I don’t think I could ever have taken him away from his life as it was.

Bob thought he gifted me a dog one Christmas, and I thought I had gifted the dog to him! Oreo, our beloved corgi. Oreo who, as a puppy, almost got eaten by an alligator (literally!) on our way home from picking him up at the airport. Oreo, who constantly herded campers across the fields and into the lake. Bob wanted me to take Oreo with me when I left. I was sure he’d have a better life with Bob and at camp. We stayed connected through Oreo for over 15 years, regardless of other limitations placed on our friendship.

Bob was not perfect. None of us are. His deep sense of generosity and self-sacrifice were at times to his own detriment, and that was always so painful to witness. And he was stubborn. Boy was he stubborn. But I guess these are part of what made Bob, Bob. I can’t imagine him any other way.

Though Bob was not one for deep heart-to-heart communication about relationships, I think we had our most meaningful conversations a few years after the divorce, when maybe there just wasn’t as much at stake. I’m grateful we had this opportunity, and am sad that life circumstances meant we didn’t easily have more of them.

Though Bob passed away recently, in reality, I lost him a long time ago as we were seldom in touch – maybe once or twice a year for a while; then much less so recently. And yet I still knew he was out there. He was still mentoring so many young boys and young men via his camp. He was still being his caring, gentle, beloved self and you couldn’t help but feel his presence in the world.

And here I thought I was writing this about you, Bob. But now I think it’s about me. The me I was allowed to become, in part, because of the love, friendship, and memories you gifted me with.

You have been, and always will be, in my heart Bob. And you will live on in so many others…

Peace be with you, my dear friend. 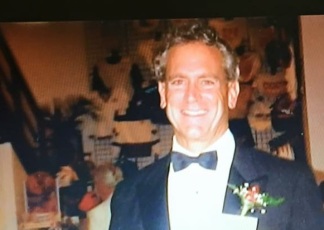 This entry was posted in reflections, Uncategorized. Bookmark the permalink.

3 Responses to Bob was my first real love…

...my adventures in plant-based eating

Rekindle Your Wild Joy and Deep Belonging to the Earth

Published by the J. B. McLachlan Media Collective

My Window on God's World

Exploring the Sacredness of Life

THE EASTERNMOST POTTER IN THE UNITED STATES